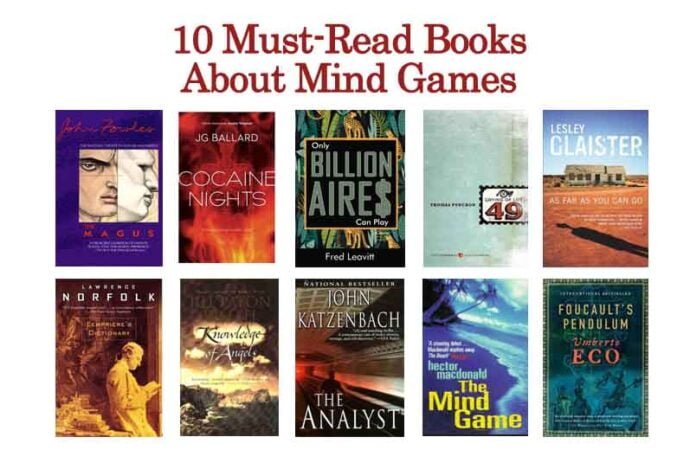 1. The Magus by John Fowles 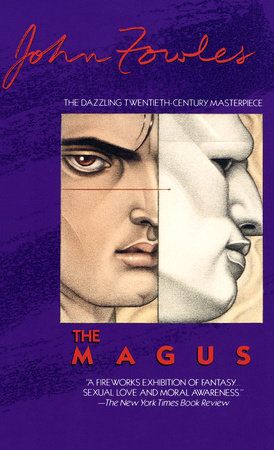 “A young Englishman, Nicholas Urfe, accepts a teaching post on a remote Greek island in order to escape an unsatisfactory love affair. There, his friendship with a reclusive millionaire evolves into a mysterious–and deadly–game of violence, seduction, and betrayal. As he is drawn deeper into the trickster’s psychological traps, Nicholas finds it increasingly difficult to distinguish past from present, fantasy from reality. He becomes a desperate man fighting for his sanity and his very survival. John Fowles expertly unfolds a spellbinding exploration of the complexities of the human mind. By turns disturbing, thrilling and seductive, The Magus is a masterwork of contemporary literature.” 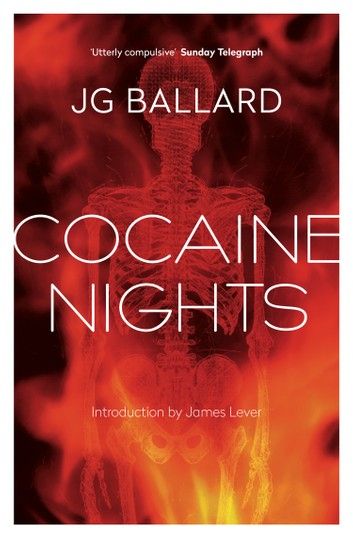 “When Charles Prentice arrives in Spain to investigate his brother’s involvement in the death of five people in a fire in the upmarket coastal resort of Estrella de Mar, he gradually discovers that beneath the civilised, cultured surface of this exclusive enclave for Britain’s retired rich there flourishes a secret world of crime, drugs and illicit sex . What starts as an engrossing mystery develops into a mesmerising novel of ideas — a dazzling work of the imagination from one of Britain’s most original and controversial novelists — author of Empire of the Sun and Crash.”

3. Only Billionaires Can Play by Fred Leavitt 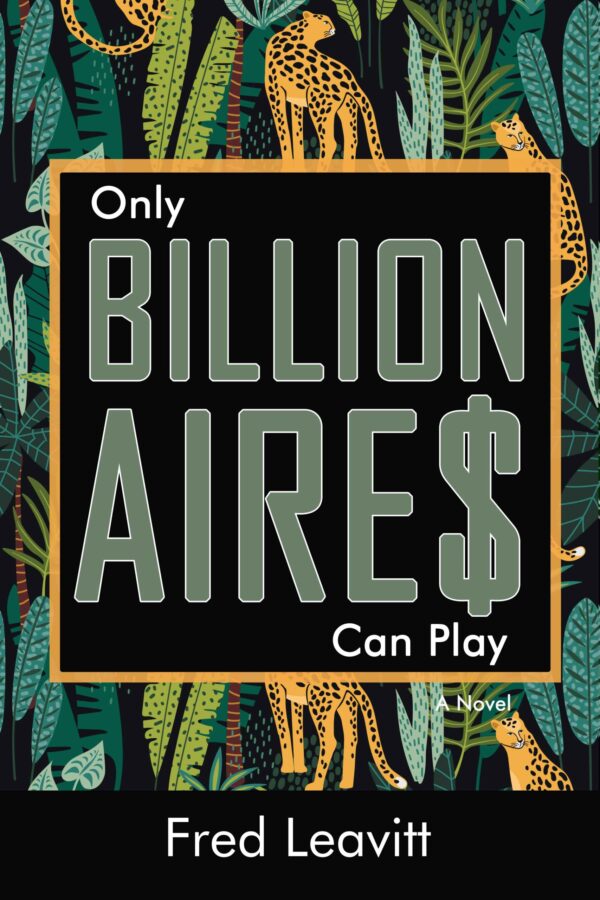 “When a group of extremely wealthy and very bored individuals develops a game in which they compete to secretly manipulate selected real life targets to perform crazy and demeaning behaviors, both the hero and heroine must conquer potentially life-threatening obstacles as they try to figure out whether they can trust each other, their friends, or the meanings of everyday events in their lives. Only Billionaires Can Play is frighteningly plausible, and readers will find both its premise and its conclusion highly unsettling as they come to realize that they can never again be certain of anything.”

4. The Crying of Lot 49 by Thomas Pynchon 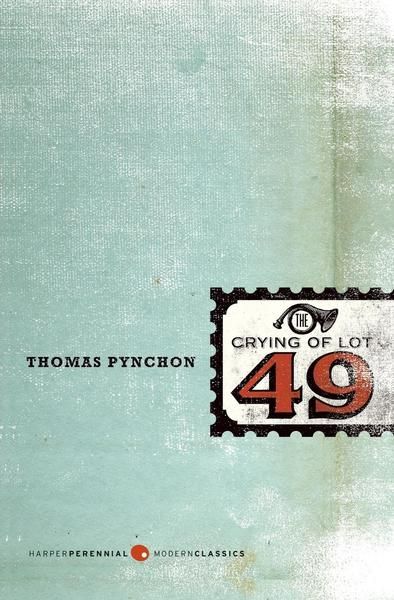 “When her ex-lover, wealthy real-estate tycoon Pierce Inverarity, dies and designates her the coexecutor of his estate, California housewife Oedipa Maas is thrust into a paranoid mystery of metaphors, symbols, and the United States Postal Service. Traveling across Southern California, she meets some extremely interesting characters, and attains a not inconsiderable amount of self-knowledge.”

5. As Far As You Go by Lesley Glaister 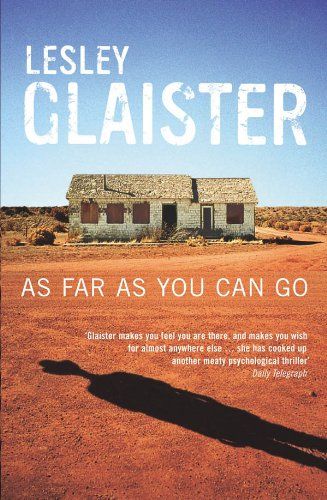 “Opportunity for the Right Applicants. Housekeeper/companions required. Would suit young couple. Remote, rural location. Cooking, cleaning, gardening and caring duties. Applicants must be self-sufficient and resourceful. It seems like the perfect job for Cassie and Graham. She wants an adventure before she has a child. A year away might convince Graham to settle down, curb his roving eye. Graham seeks inspiration for his painting. He wants Cassie but he wants freedom too – a balancing act as difficult as the ladder trick he tries to perfect. This could be the answer. But Woolagong Station, at the edge of the desert, is eerily further away from civilisation than they expected. Larry, their smooth, enigmatic employer, runs his house in a discomfiting fashion. Why is there no radio? Why is there no post from home? Why does Mara, his wife, live sedated in a shed? And how does Larry intuit things he could not possibly know? Everything warps under the blazing Australian sun – their sense of direction, their sex drives, even their sense of right and wrong. And the freedom to roam soon begins to feel like a dangerous prison. Brilliantly evoking the paranoia and menace lurking behind the most innocent seeming landscape, Lesley Glaister writes of human behaviour at its most edgy and unnerving. As Far As You Can Go sees her at the top of her form – darkly erotic and utterly riveting.” 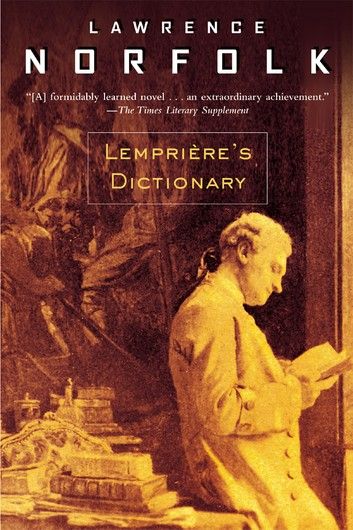 “An international best-seller and winner of the Somerset Maugham Prize, Lempriere’s Dictionary is the debut novel from Lawrence Norfolk, one of England’s most innovative, internationally acclaimed young authors. In eighteenth-century London, John Lempriere works feverishly on a celebrated dictionary of classical mythology that bears his name. He discovers a conspiracy against his family dating back 150 years. Told with the narrative drive of a political thriller and a Dickensian panorama of place and time, this astonishing tale encompasses the Great Voyages of Discovery, multinational financial conspiracies, and a motley cast of scholars and eccentrics, drunken aristocrats, whores and assassins, and octogenarian pirates, all brilliantly depicted across three continents and the world of classical mythology.” 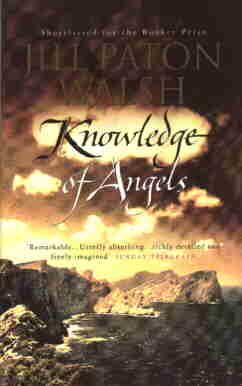 “It is, perhaps, the fifteenth century and the ordered tranquillity of a Mediterranean island is about to be shattered by the appearance of two outsiders: one, a castaway, plucked from the sea by fishermen, whose beliefs represent a challenge to the established order; the other, a child abandoned by her mother and suckled by wolves, who knows nothing of the precarious relationship between Church and State but whose innocence will become the subject of a dangerous experiment. But the arrival of the Inquisition on the island creates a darker, more threatening force which will transform what has been a philosophical game of chess into a matter of life and death…”

8. The Analyst by Jonathan Katzenbach 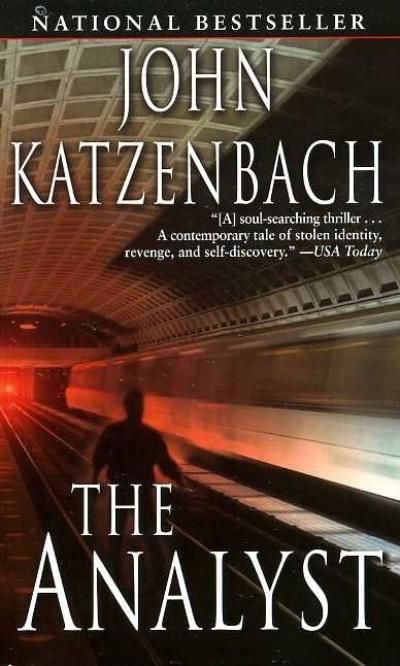 “Happy fifty third birthday, Doctor. Welcome to the first day of your death. Dr. Frederick Starks, a New York psychoanalyst, has just received a mysterious, threatening letter. Now he finds himself in the middle of a horrific game designed by a man who calls himself Rumplestiltskin. The rules: in two weeks, Starks must guess his tormentor’s identity. If Starks succeeds, he goes free. If he fails, Rumplestiltskin will destroy, one by one, fifty-two of Dr. Starks’ loved ones—unless the good doctor agrees to kill himself. In a blistering race against time, Starks’ is at the mercy of a psychopath’s devious game of vengeance. He must find a way to stop the madman—before he himself is driven mad. . . .”

9. The Mind Game by Hector Macdonald 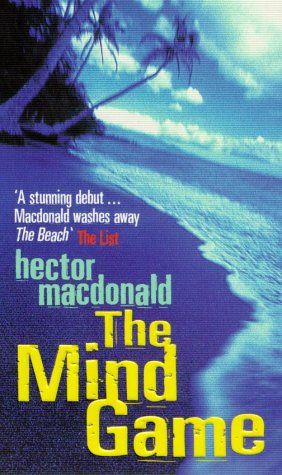 “Moving from the sheltered colleges of Oxford to the magnificent landscape of Kenya, The Mind Game is full of intriguing characters and stunning plot twists. Just when you think you have mastered The Mind Game, you might just be mistaken . . . .” “Bored with their work, three Milanese editors cook up “the Plan,” a hoax that connects the medieval Knights Templar with other occult groups from ancient to modern times. This produces a map indicating the geographical point from which all the powers of the earth can be controlled — a point located in Paris, France, at Foucault’s Pendulum. But in a fateful turn the joke becomes all too real, and when occult groups, including Satanists, get wind of the Plan, they go so far as to kill one of the editors in their quest to gain control of the earth.”