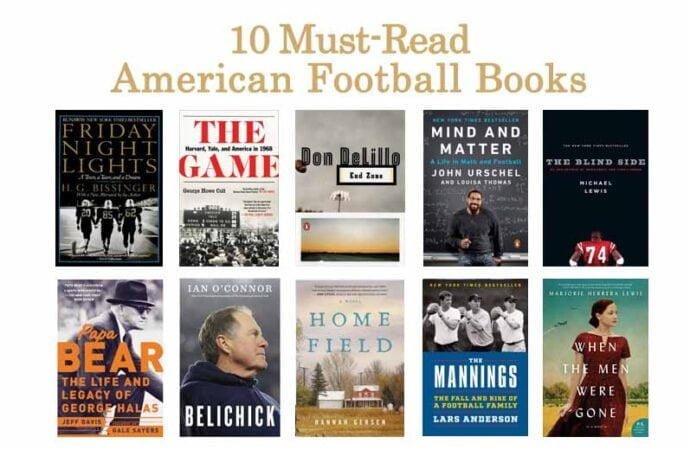 These nonfiction, biography, and fiction books showcase America’s favorite sport to watch: Football. It’s time to wear your favorite football jersey, get out the beer, chips, and queso dip, and sit back on your favorite easy chair (or bleacher) with a great football book. Even non-fans will enjoy these 10 must-read American football books. 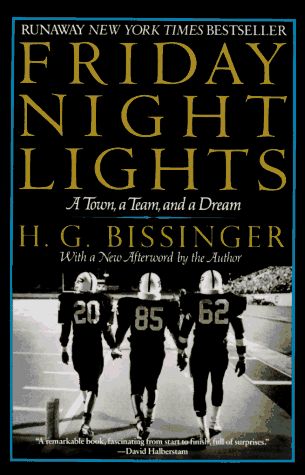 “Named Sports Illustrated‘s best football book of all time and a #1 NYT bestseller, this is the classic story of a high school football team whose win-loss record has a profound influence on the town around them.” 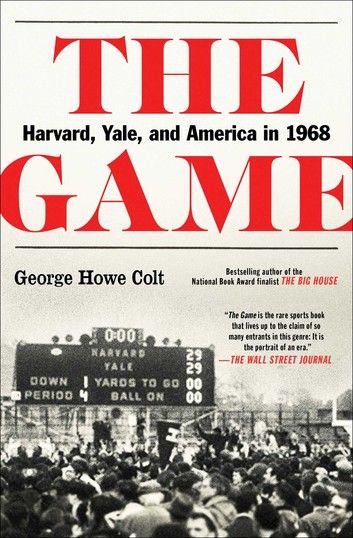 “From the bestselling author of The Big House comes ‘a well-blended narrative packed with top-notch reporting and relevance for our own time’ (The Boston Globe) about the young athletes who battled in the legendary Harvard-Yale football game of 1968 amidst the sweeping currents of one of the most transformative years in American history.” 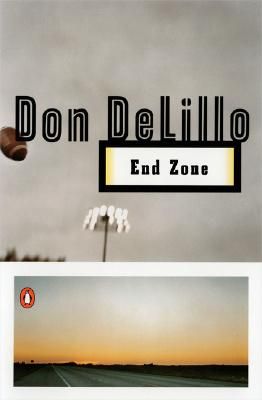 “At Logos College in West Texas, huge young men, vacuum-packed into shoulder pads and shiny helmets, play football with intense passion. During an uncharacteristic winning season, the perplexed and distracted running back Gary Harkness has periodic fits of nuclear glee; he is fueled and shielded by his fear of and fascination with nuclear conflict. Among oddly afflicted and recognizable players, the terminologies of football and nuclear war–the language of end zones–become interchangeable, and their meaning deteriorates as the collegiate year runs its course. In this triumphantly funny, deeply searching novel, Don DeLillo explores the metaphor of football as war with rich, original zeal.”

4. Mind and Matter: A Life in Math and Football by John Urschel 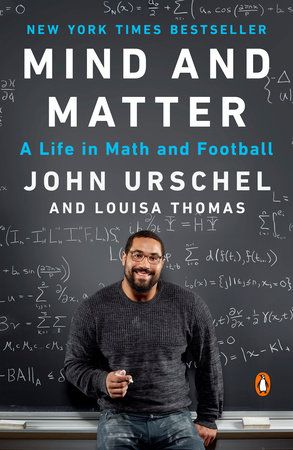 “John Urschel, mathematician and former offensive lineman for the Baltimore Ravens, tells the story of a life balanced between two passions.”

5. The Blind Side by Michael Lewis 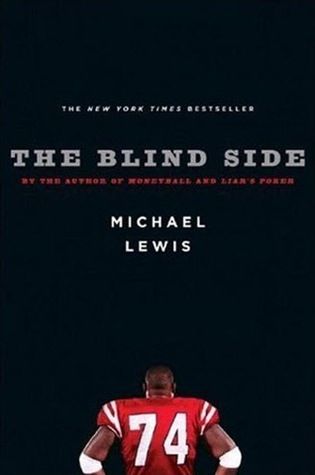 “When we first meet him, Michael Oher is one of thirteen children by a mother addicted to crack; he does not know his real name, his father, his birthday, or how to read or write. He takes up football, and school, after a rich, white, Evangelical family plucks him from the streets. Then two great forces alter Oher: the family’s love and the evolution of professional football itself into a game where the quarterback must be protected at any cost. Our protagonist becomes the priceless package of size, speed, and agility necessary to guard the quarterback’s greatest vulnerability, his blind side.”

6. Papa Bear: The Life and Legacy of George Halas by Jeff Davis 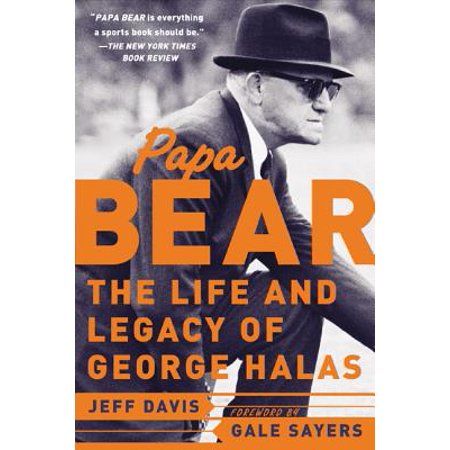 “Granted unprecedented access to George Halas’s former players, friends and associates, author Jeff Davis tells the incredible story of how one man grabbed an outlaw game by the throat, shook it up, and made it into the most popular spectator sport on the planet.”

7. Belichick: The Making of the Greatest Football Coach of all Time by Ian O’Connor 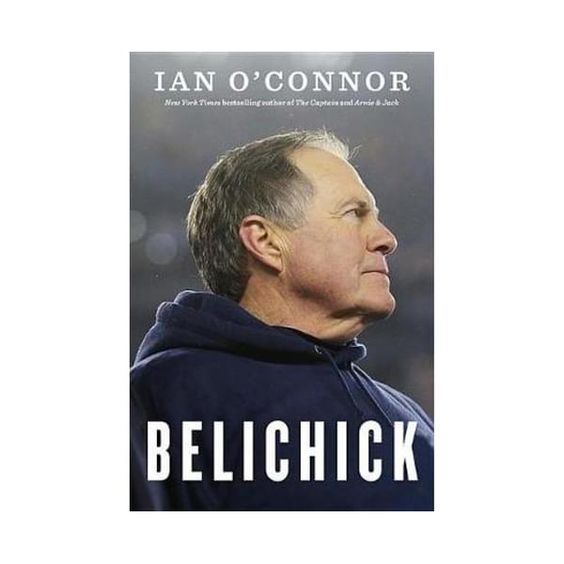 “The definitive biography of the NFL’s most enigmatic, controversial, and yet successful coach.” 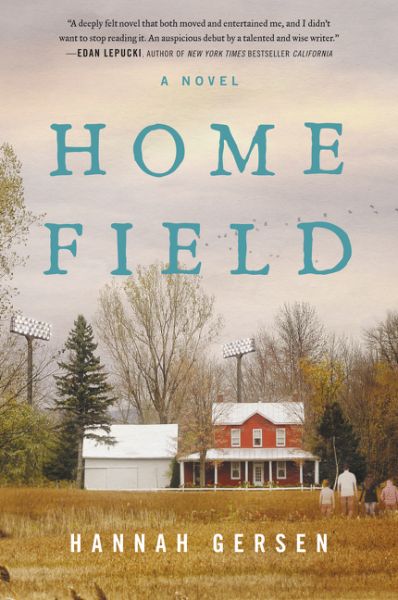 “As the high school football coach in his small, rural Maryland town, Dean is a hero who reorganized the athletic program and brought the state championship to the community. When he married Nicole, the beloved town sweetheart, he seemed to have it all—until his troubled wife committed suicide. Now, everything Dean thought he knew is thrown off kilter as Nicole’s death forces him to re-evaluate all of his relationships, including those with his team and his three children.”

9. The Mannings: The Fall and Rise of a Football Family by Lars Anderson “In The Mannings, longtime Sports Illustrated writer Lars Anderson gives us, for the first time, the never-before-told story of this singular athletic dynasty—a story that shows us how finding strength in the face of catastrophe can be the key to success on and off the playing field.”

10. When the Men Were Gone by Marjorie Herrera Lewis 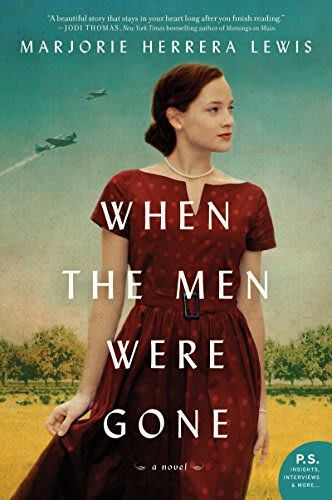 “A cross between Friday Night Lights and The Atomic City Girls, When The Men Were Gone is a debut historical novel based on the true story of Tylene Wilson, a woman in 1940s Texas who, in spite of extreme opposition, became a female football coach in order to keep her students from heading off to war.”