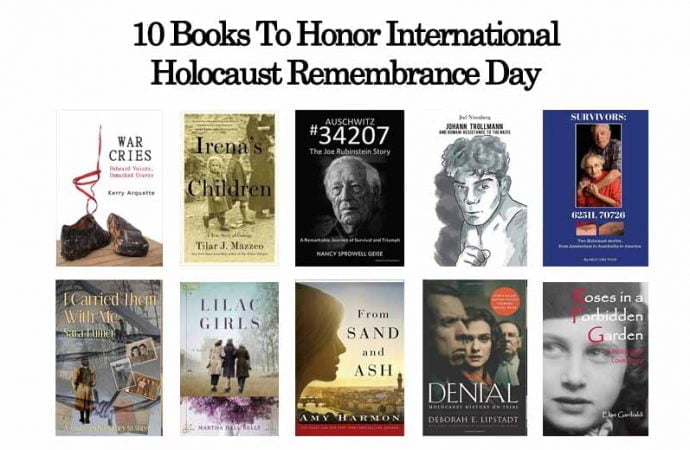 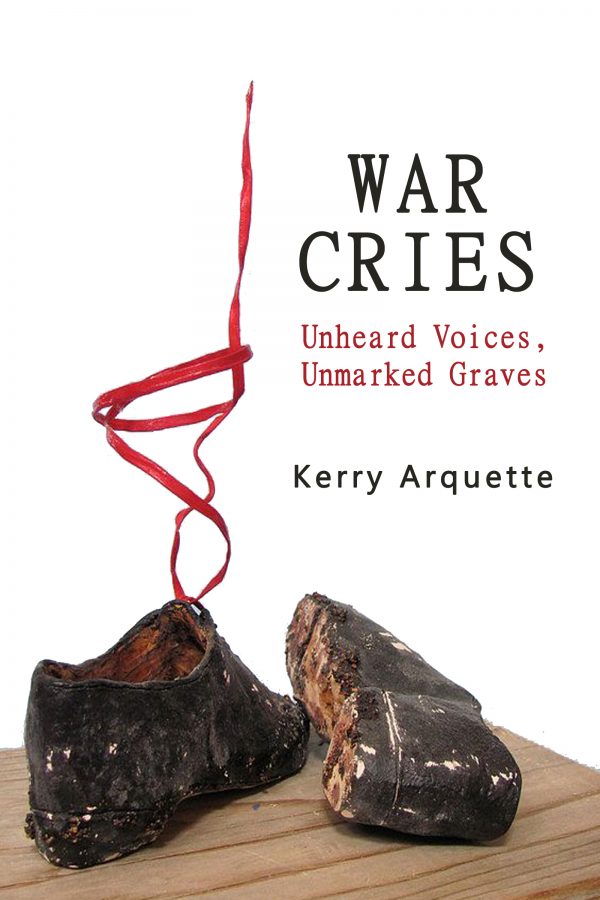 “The devastation caused by World War II is described by historians in terms of military strategies and battles, the toll on economics, and the numbers of dead. But only the stories of those whose lives were changed or lost, can convey the true horror of the war. These were people very much like ourselves—men, women, children, siblings, poets, soldiers, students, professionals, laborers, givers, takers, jokers, dancers, lovers, dreamers, cowards and brave. Each is the hero of his own tale. Each tale underscores the uniqueness of human perception based upon personality and circumstances.

“By listening to the voices of those with stories to tell, we can grow in our appreciation of what it means to be human.

“As long as I reside in their minds and hearts, I will never truly be gone.”

2. Irena’s Children: The Extraordinary Story of the Woman Who Saved 2,500 Children from the Warsaw Ghetto by Tilar J. Mazzeo 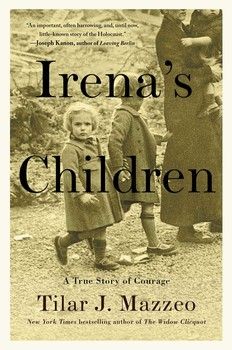 “In Irena’s Children, Tilar Mazzeo tells the incredible story of this courageous and brave woman who risked her life to save innocent children from the Holocaust—a truly heroic tale of survival, resilience, and redemption.” 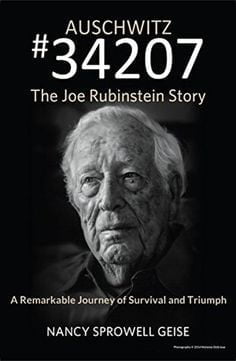 “Joe arrived at Auschwitz on April 30, 1942. It would be seven decades before he revealed how he survived several of the most notorious concentration camps. His is an inspiring narrative; a story of reliance, endurance, courage and faith. “

4. Johann Trollmann and Romani Resistance to the Nazis by Jud Nirenberg 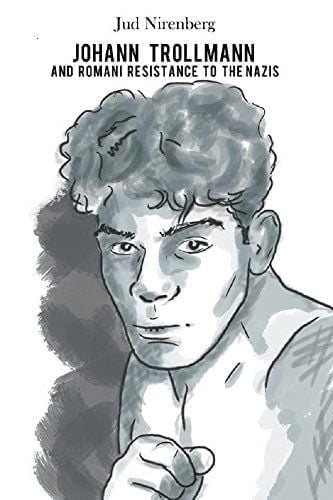 “In 1933 Johann Trollmann won Germany’s light-heavyweight boxing title. The Nazis would not accept him as the winner because he was Sinto. Many Sinti and Roma (or “Gypsies”) had long been involved in the sport, but Nazi ideology demanded that only Aryans excel as fighters. Trollmann used his visibility in the ring for shocking and aggressive protest, turning boxing into politically charged performance art. He fought for his country, and against its prejudice. Roma and Sinti were victims of fascism, but they also were soldiers, activists, and underground resistors. Since World War II, there has been a struggle to obtain greater recognition of this past. From underground fight nights to Madison Square Garden, from secret partisan meetings to concentration camp uprisings, across several continents, this is a hard-hitting look at forgotten history.” 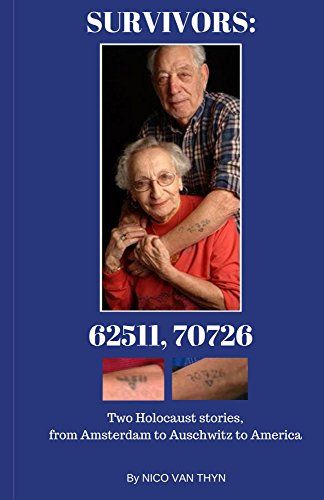 “They did not know each other before World War II, although they were from the same neighborhood in Amsterdam. Rose and Louis Van Thyn each endured Auschwitz and other Nazi concentration camps, were the only surviving members of their original families, lost their first spouses, and met and married after the war in Amsterdam. This is their story of survival, and a new life in the United States.” 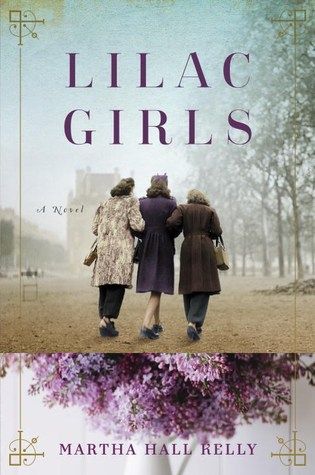 “The lives of these three women are set on a collision course when the unthinkable happens and Kasia is sent to Ravensbrück, the notorious Nazi concentration camp for women. Their stories cross continents—from New York to Paris, Germany, and Poland—as Caroline and Kasia strive to bring justice to those whom history has forgotten.”

7. I Carried Them with Me: A Young Girl’s Journey to Survive by Sara Lumer and Leslie Carlson 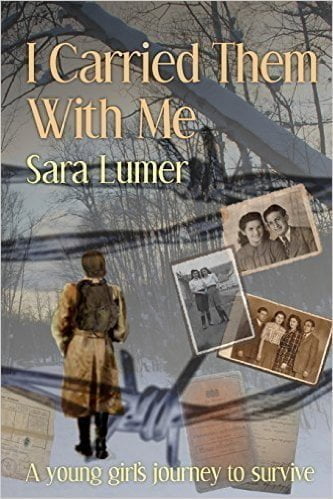 “Sara Lumer was born in Sekernice, Czechoslovakia in 1927. When she was 16 years old her parents sent her to Budapest, Hungary, where her two older brothers were already living. They felt she would be safer there. But in March of 1944 Germany invaded Hungary and began to round up all the Jews. Sara was sent to two different labor camps and endured two long death marches. She is a Holocaust Survivor.”

8. From Sand and Ash by Amy Harmon 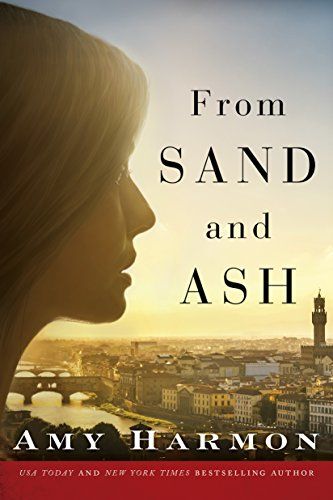 “As children, Eva Rosselli and Angelo Bianco were raised like family but divided by circumstance and religion. As the years go by, the two find themselves falling in love. But the church calls to Angelo and, despite his deep feelings for Eva, he chooses the priesthood.

“Now, more than a decade later, Angelo is a Catholic priest and Eva is a woman with nowhere to turn. With the Gestapo closing in, Angelo hides Eva within the walls of a convent, where Eva discovers she is just one of many Jews being sheltered by the Catholic Church.

But Eva can’t quietly hide, waiting for deliverance, while Angelo risks everything to keep her safe. With the world at war and so many in need, Angelo and Eva face trial after trial, choice after agonizing choice, until fate and fortune finally collide, leaving them with the most difficult decision of all.” “Denial, previously published as History on Trial, is Lipstadt’s riveting, blow-by-blow account of this singular legal battle, which resulted in a formal denunciation of a Holocaust denier that crippled the movement for years to come. Lipstadt’s victory was proclaimed on the front page of major newspapers around the world, such as The Times (UK), which declared that ‘history has had its day in court and scored a crushing victory.’”

10. Roses in a Forbidden Garden: A Holocaust Love Story by Elise Garibaldi 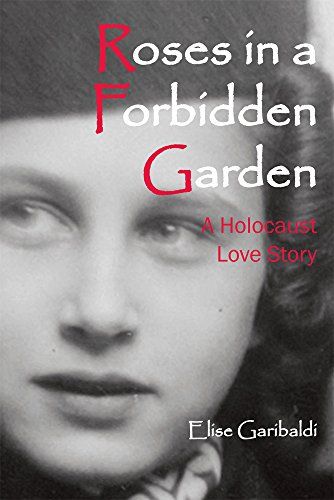 “Amidst the unspeakable horrors of Hitler’s Concentration Camps, a young German-Jewish girl finds beauty and love for a man that will span a lifetime. This is the true account of Inge Katz; the striking daughter of a successful businessman who meets and falls in love with a handsome fellow inmate. But when she gets shipped “out east” to a death camp, she goes years not knowing if he is alive or dead. Her love for this man endures against all odds – from Nazi rifles, to starvation, to disease, to assaults of allied fire. But as time passes without word or confirmation of his survival, should she remain loyal, or, as everyone suggests, move on with another? In Roses in a Forbidden Garden, Elise Garibaldi reveals her grandmother’s most intimate feelings during those terrible times.”